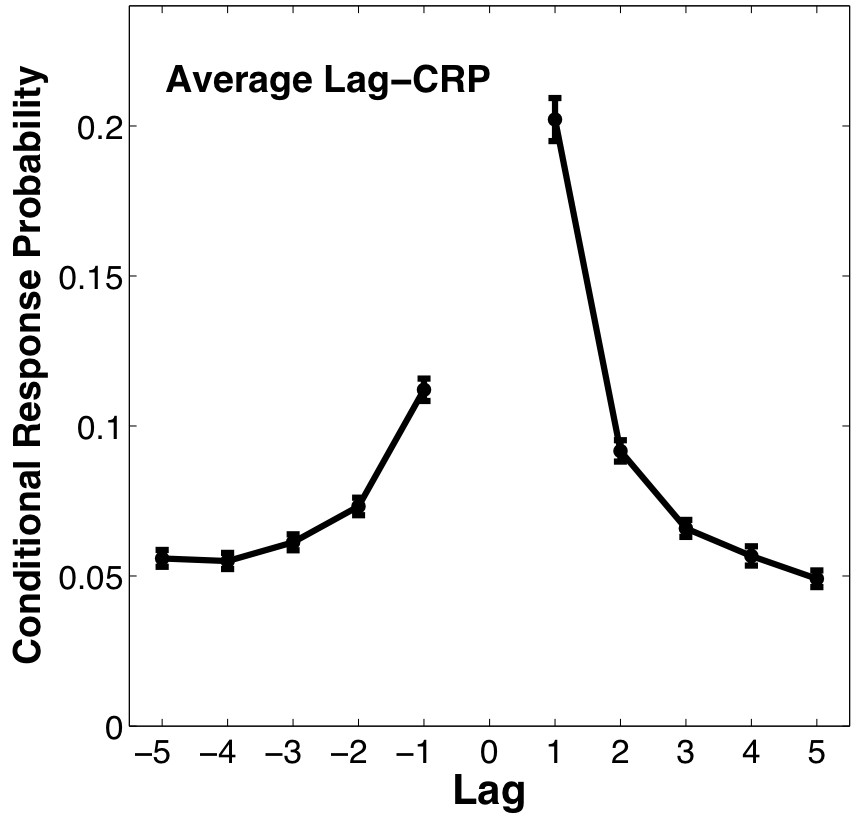 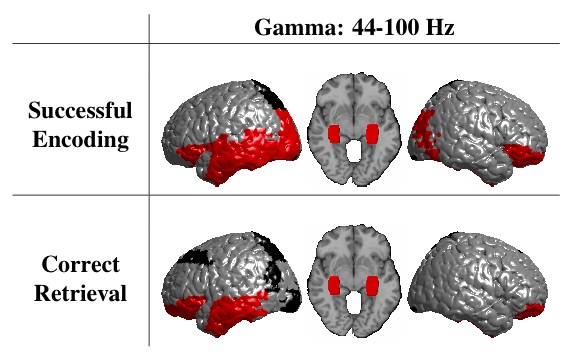 Fig. 2: Brain oscillations associated with successful encoding are reinstated during correct retrieval. The top row of brain maps contrasts gamma-band oscillatory activity during the two second item presentation for items subsequently recalled and those that were forgotten. The bottom row contrasts gamma-band oscillations during the 500 milliseconds preceding recall verbalization for correct items and for prior-list intrusions. In each map, red corresponds to regions where the contrast was significant, gray to non-significant contrasts, and black indicates brain regions excluded from the analysis due to insufficient electrode coverage. 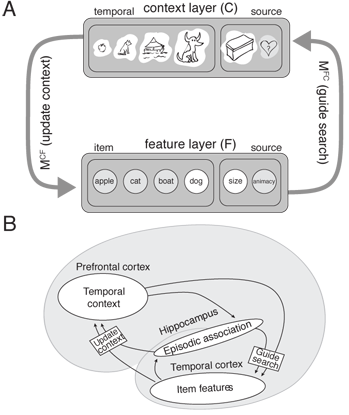 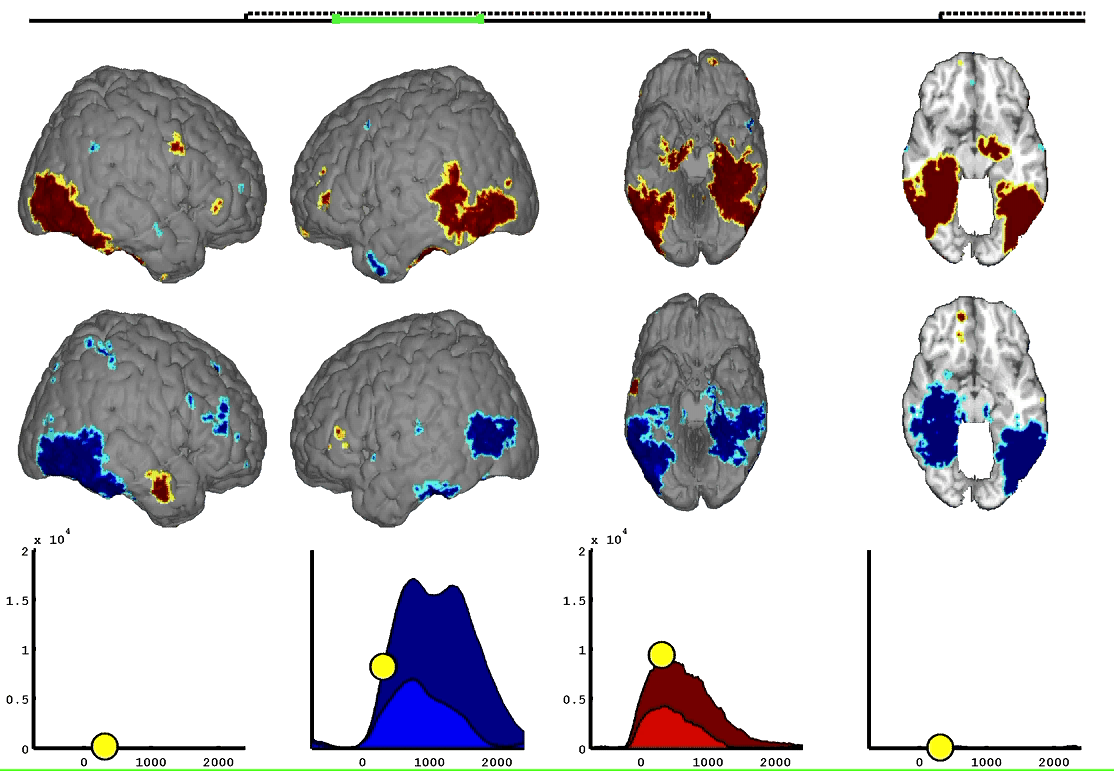